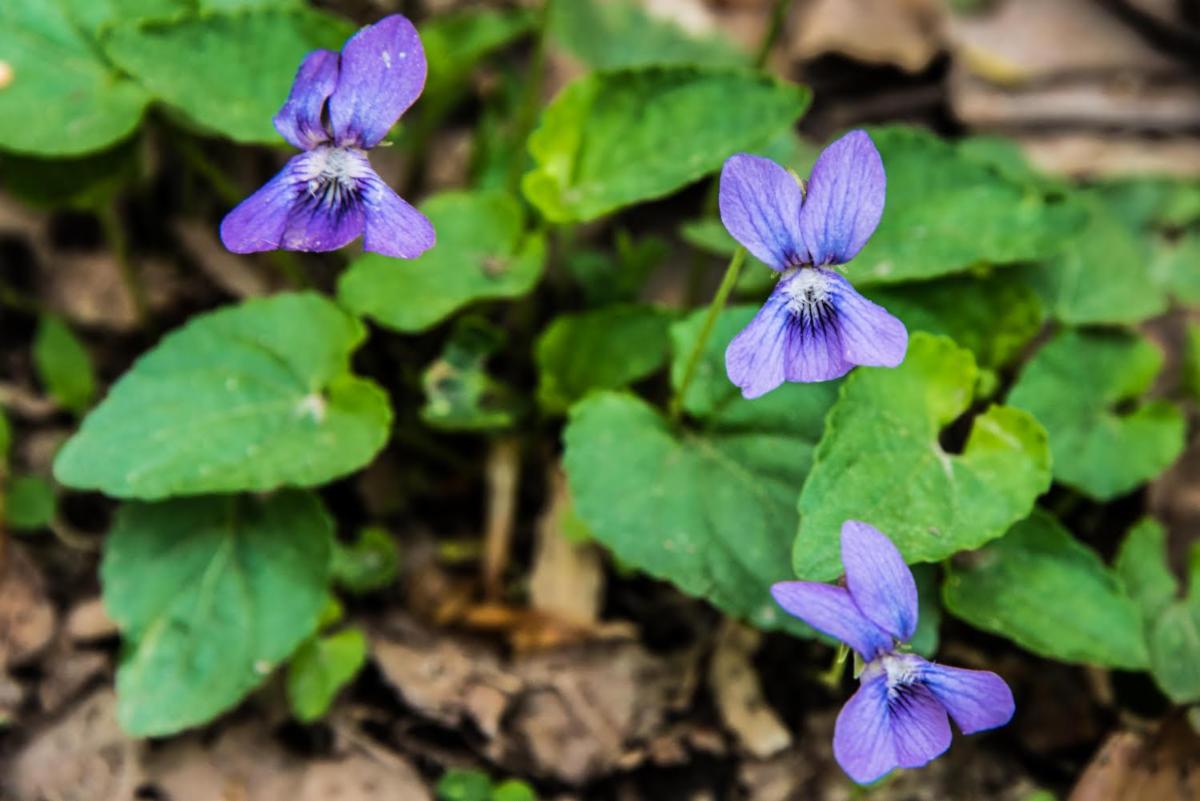 Common blue violets are found in sunny spots throughout the Sourlands forest.

When I walk in the Sourlands I am usually drawn to the spectacular over the modest. I am transfixed by an ancient white oak, majestic in it girth and sheer presence, and scarcely see the spicebush growing next to it, even in autumn when the spicebush leaves are turning a buttery yellow and bright red fruit hangs beneath the stems. The same is true of the animals; I stop everything to look at a deer, staring at me with what I interpret to be a wonderful combination of open-eyed fear and curiosity, before it turns and runs away, leaping with astonishing grace. But if I even notice an ant, I seldom consider that here is an animal whose social organization is so efficient that there are several million billion ants in the world, outnumbering people by a million to one.

A really big exception to this pattern is the spring ephemeral flowers. The flowers of spring beauties, wood anemones, toothwort, and other spring-blooming forest flowers are within a few inches of the forest floor, they are small and usually white, but for me they are one of the great treats of being in a forest.  Violets also fall into this category for me, although the overwhelming majority of them are a beautiful purple-blue instead of white. 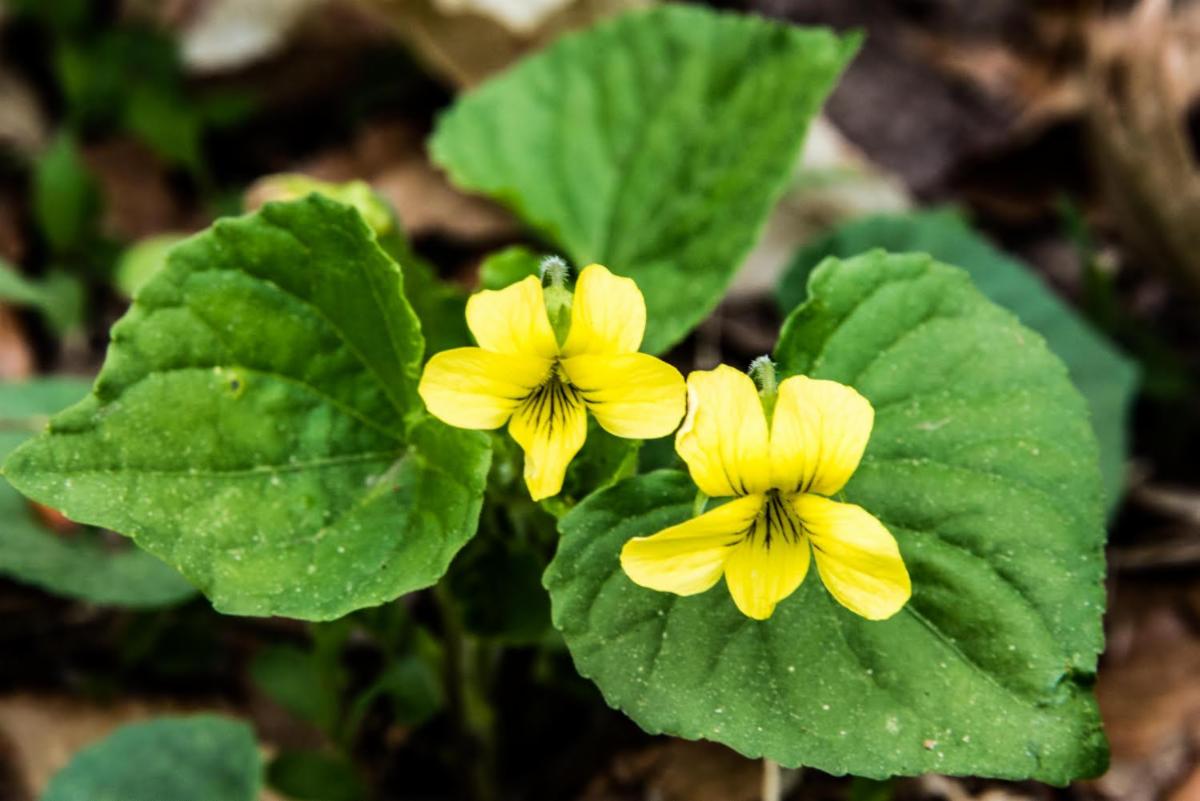 Yellow violets look like common blue violets except for the flower’s color.

Since ancient Greek times, blue violets have been used as symbols of innocence, decency, and modesty. The Greeks and Romans ate them as a calming agent against anger, and the Romans made a wine from them that they believed prevented drunkenness.

Native Americans ate violet leaves and flowers to treat colds and headaches. Herbalists have continued the use of violets as medicine, prescribing it for coughs, sort throats, and constipation. Violets contain salicylic acid, which is the main ingredient in aspirin. The leaves are also high in vitamins A and C, so they are healthy to nibble on or to add to salads and soups.

Wildlife also eats violets. The larvae of fritillary caterpillars eat the leaves, as do rabbits, mice, deer, wild turkeys, and other small mammals. Many species of birds eat the seeds and mice will take the seeds back to their nest where they eat the seed coating and then discard the seeds in their waste pile, often inadvertently planting new violets.

In addition to growing new plants from seed, violets spread by developing new plants off of rhizomes. This technique for colonizing new areas means that violets often appear in dense clumps, shading the soil beneath them and allowing it to retain moisture.

Violets are pollinated by many species of insects, mostly bees, and they accommodate the pollinators by having hairs near their pollen, giving the insects something to hold onto as they gather pollen. They also either close their flowers or point them downward when it rains to avoid having their pollen washed away.

When I was in college, searching for answers to the BIG questions, as undergraduates are inclined to do, I found solace in the wisdom that Voltaire gave to his eponymous character, Candide.  As Candide wandered around wise people gave him advice about the nature of the world, but he concluded that the answer was to more or less ignore the BIG questions and simply “cultivate your own garden.” I believe that violets are doing just that; with modesty they contribute in small ways to the ecology of their habitat and to those who share it with them.