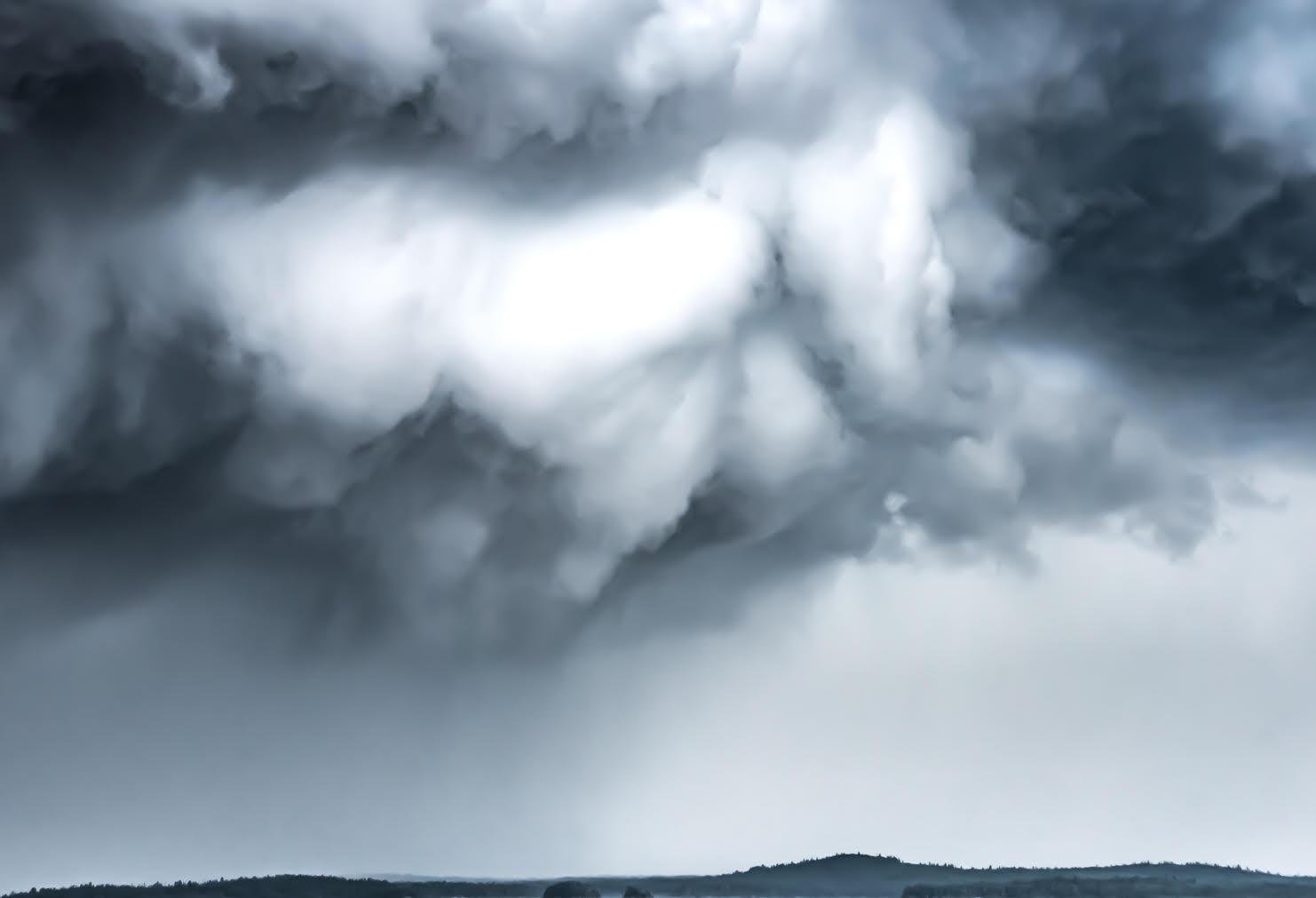 This cumulonimbus cloud is raining on the portion of the landscape on the left half of this photograph.

A family with three daughters lives next door to me. The girls are now in their late teens, but when they were young I could count on seeing them running up and down the sidewalk on rainy summer days. They ran barefoot and called in delight to each other, and to anyone overhearing them, they called delightfully. What a great way to experience rain. Rain brings the water that makes life on earth possible, so it should be celebrated.

Celebrating rain, or at least the effect of rain, is what Irving Berlin did when he wrote the song “Isn’t this a lovely day?”. Louis Armstrong and Ella Fitzgerald most memorably sang this song, assuring us with the words, “let the rain pitter-patter but it really doesn’t matter.”

A far less exciting way of dealing with rain is to understand why it rains, why it stops raining, what raindrops look like, and what are the odds that it will rain the next time I plan a picnic. Alas, I am going to deal with rain in that more cerebral way because that is what I do. You, of course, are welcome to wait for the next summer rain and run up and down the sidewalk in your bare feet.

We all know that rain comes from clouds. We also know that it comes from dark clouds—not those lovely, puffy white clouds (cumulous). Two conditions make clouds dark. Either they are so tall that sunlight cannot shine through them, or they are so dense with water droplets that sunlight cannot shine through them, or both. But it doesn’t simply rain whenever there is a dark cloud. There must be a critical density of water droplets in a cloud, and then there must be wind or rising warm air to push the water droplets around until they bump into a solid particle—a mote of dust, smoke, air pollution, or salt from dissolved ocean water—which they absorb. (These droplets are so small that it would take millions of them to equal the width of a human hair.) The droplets then absorb other droplets they bump into until they are large enough to become too heavy to stay in the air. Then they fall as rain, or if it’s freezing they fall as snow.

It stops raining when enough droplets have fallen to make the cloud less dense and the remaining droplets can move freely without colliding with solid particles and with each other.

Raindrops are different sizes because they have coalesced with more or with fewer other droplets, often because they start higher or lower in the cloud. But if a drop becomes greater than about 4 millimeters in diameter (about one-eighth of an inch) its surface tension does not have enough strength to hold it together and it bursts into several smaller raindrops.

It rains a lot in New Jersey. We get about 47 inches per year, which ranks eighth among the fifty states. New Jersey’s rainfall is pretty evenly divided between the months, but June and July—two prime months for picnics—get a little more than the other months.

While I was researching rain I came across something that surprised me. There are many reports that small fish, frogs, and other small aquatic animals have fallen out of the sky with rain. Although no one has ever witnessed the entire process, the common explanation for this phenomenon is based on what happens when a tornado-like whirlwind forms over water and touches it—it sucks some of the water up. This whirlwind, or waterspout, can suck up small aquatic animals along with the water. As the waterspout moves over land it loses energy, and gravity causes the animals to drop with rain.

Wouldn’t it be a special treat to run up and down the sidewalk in a summer rain if frogs and minnows were mixed in with the raindrops? But you would need to watch your step, because those frogs and minnows can be slippery.