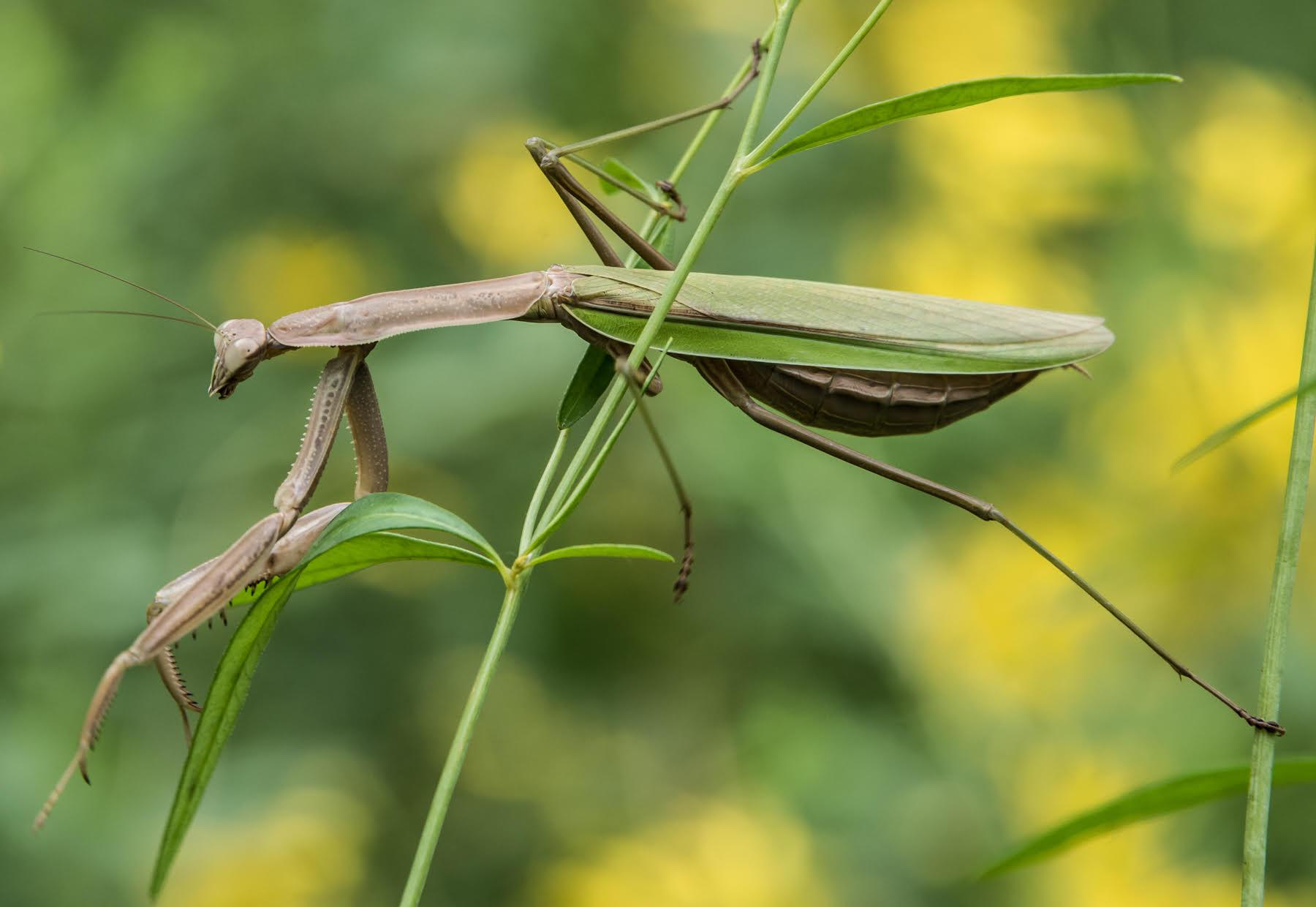 When praying mantises to move from place to place they use their middle and rear pairs of legs to hold on and propel while their front legs are available to grab prey.

At first, I thought that I would write an essay that combined three or four insects that struck me as being particularly weird, but I decided that praying mantises deserve their own essay. They are interesting enough—and weird enough—to stand on their own.

Praying mantises’ heads are highly unusual. Like most insects, they have two antennae, which they use to both feel things and to smell things—but they don’t smell very well. They have two large, compound eyes on either side of their triangular heads and three simple eyes between them. The simple eyes are believed to be used only to tell light and dark but the complex eyes give them excellent vision. Their triangular mouths have sharp edges that they use to tear apart the prey that they eat. Like most insects, they do not have ears on their head, but unlike other insects, they have an ear between their rear legs. They can hear sounds far beyond the range of human hearing and that allows them to pick up the ultrasonic noises that bats make to locate their prey. This is good for the mantises because when they are flying they can be prey for bats.

Their heads are able to turn one hundred and eighty degrees, giving them the ability to keep their bodies still while being able to look in every direction for prey, or for enemies.

Females mate once at the end of summer—and, yes, they do often eat the male while they are mating or immediately afterward. Then they lay eggs on a twig or dried stem and secrete foam around the eggs that quickly hardens into something like polystyrene. The encased eggs are protected from the winter’s cold and from most predators. They may lay several hundred at once or lay about a dozen in several different places. In spring the nymphs emerge looking exactly like miniature versions of the adults, and they are hungry. If they don’t separate quickly they will eat each other.

It is commonly understood that praying mantises are good for a garden because they eat grasshoppers, crickets, flies, beetles, mosquitoes, and other garden pests. But they also eat beneficial insects like moths, butterflies, and bees that are important pollinators. When they are fully grown, praying mantises will also eat toads and frogs, and they are known to sit on a hummingbird feeder and capture and eat hummingbirds.

The front legs of praying mantises are formidable weapons. They are lined with spikes that pierce and hold onto their prey; when they are at rest they hold their forelegs in a folded—praying—position, but they can strike out and grab the prey faster than a human can blink an eye. Once they have caught their prey the praying mantis will usually bite its head off and then proceed to eat the rest of it. 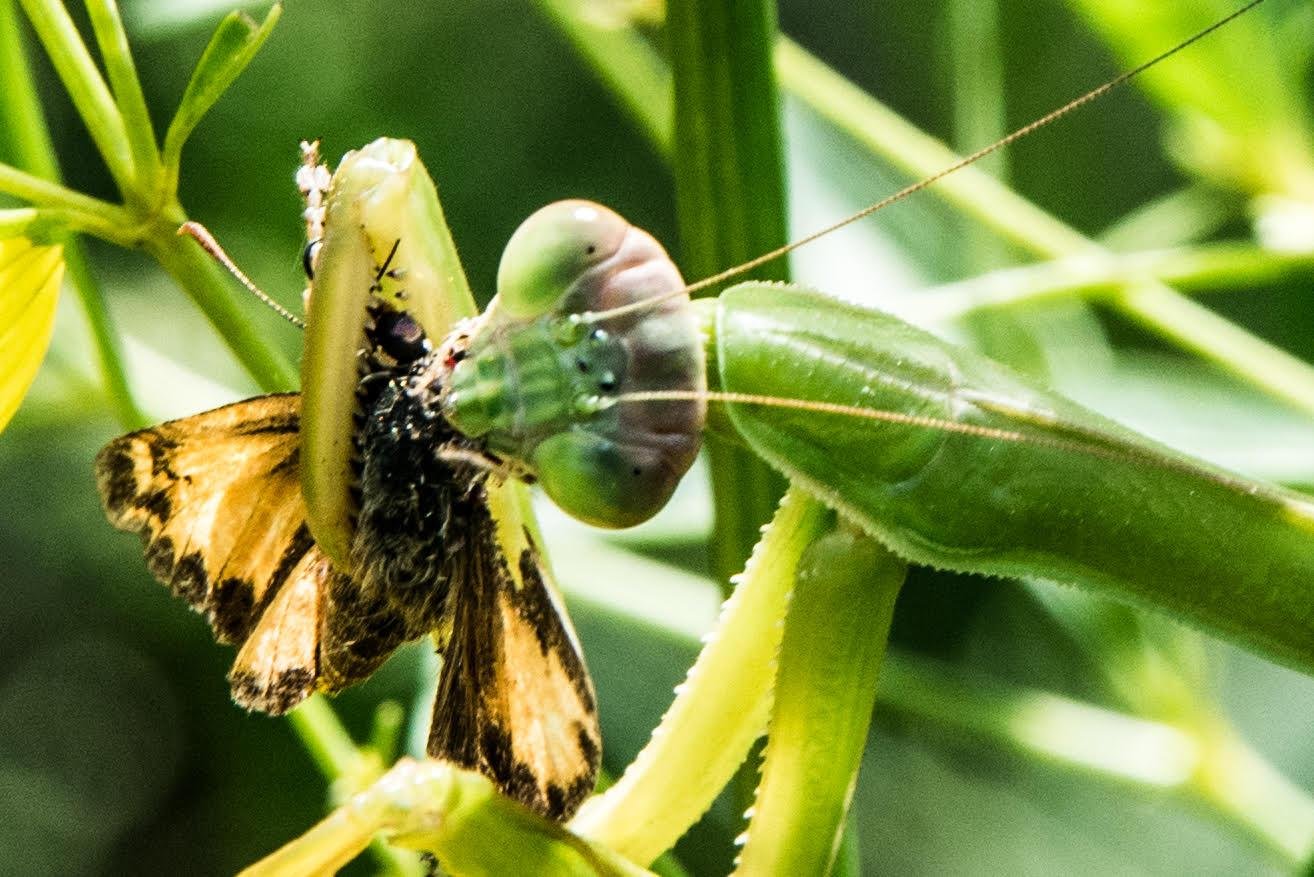 This praying mantis is eating a butterfly—it’s a little hard to tell but
it looks like a pecks skipper. It is holding the butterfly with its right foreleg. The butterfly’s head is gone, the rest of the butterfly was gone two minutes after I took this picture.