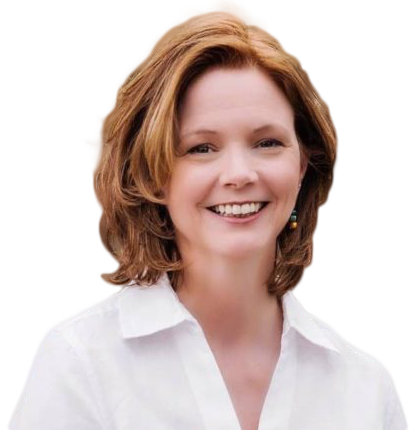 Our members inspire me every day – people of all ages from different backgrounds come together to share, learn, and honor each other.

Laurie joined the Sourland Conservancy in 2015 to help fight the PennEast pipeline. An active member of the community, Laurie works to partner with local, regional and national organizations to implement education, advocacy and stewardship initiatives to Save the Sourlands. She currently serves on the Advisory Board of the Stoutsburg Sourland African American Museum. In her spare time, Laurie enjoys photography, reading, gardening, and exploring the Sourland trails. 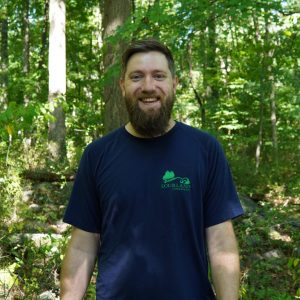 Robert has always had a passion for nature and wildlife growing up on the waters of Long Island. Though he spent the past 10 years working in fisheries management programs on the federal level throughout the country, he has come to the Sourlands looking to help terrestrial wildlife in his local community. He joined the Sourland Conservancy in 2022 looking to help leave a lasting legacy for future generations to enjoy. In his spare time, he likes to spend time with his family, fishing, and learning more about the native species he is working to protect. 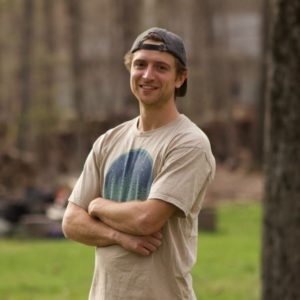 Eric is an avid ecologist with five years of botanical field experience in the state of New Jersey. He has participated in various scientific studies and restoration projects when working as a Forest Ecology Technician for Raritan Valley Community College. He graduated from Ramapo College of New Jersey with a Bachelor of Arts in Environmental Studies in 2019. Eric enjoys cultivating native, fruit-producing pollinator host plants to improve biodiversity and localize food sources. He joined the Sourland Conservancy in 2022 with a passion to manage and restore public lands for future generations. 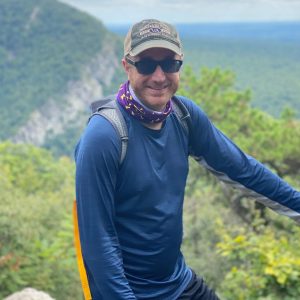 Director of Membership and Development

Dave brings 10 years of media and marketing experience to the conservancy, working in both print news and the corporate sector over his career. A devoted outdoorsman and native of Hillsborough, Dave received his B.S. in Communication from East Carolina University in 2013, and his M.S. in Digital Content Strategy from the University of Kansas in 2020. He’s passionate about protecting and preserving all the Sourland region has to offer — from the trail systems to the native flora and fauna to the local history. He enjoys day hiking and backpacking in his spare time. 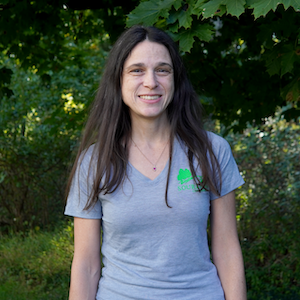 Kristen is a former Watershed Ambassador with a bachelor’s in environmental science from William Paterson, and a master’s in public administration from Strayer University. She brings 6 years of experience as an administrative assistant to this role and spent the last year and a half working as an affordable housing coordinator. She recently moved to a farm in Flemington. Her hobbies include dog training, beekeeping, and gardening. 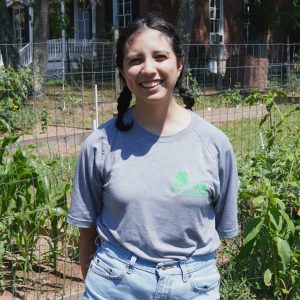 Sofia graduated from The College of New Jersey in 2020 where she majored in International Studies with a specialization in global health, development, and environment. With experience in marketing in both the corporate and the non-profit world, she brings in creativity and a love for everything New Jersey has to offer, particularly its wonderful natural resources. Sofia joined the Sourland Conservancy team in 2022 to help protect, promote, and preserve the wonderful Sourland Mountain region. She currently lives in Belle Mead and in her spare time she enjoys traveling, reading, swimming, and seeing friends out in nature.

I support the Sourland region for its rugged beauty, mostly unbroken forest habitat, historical significance, and accessibility for exploration through the many trails maintained by public and non-public entities. 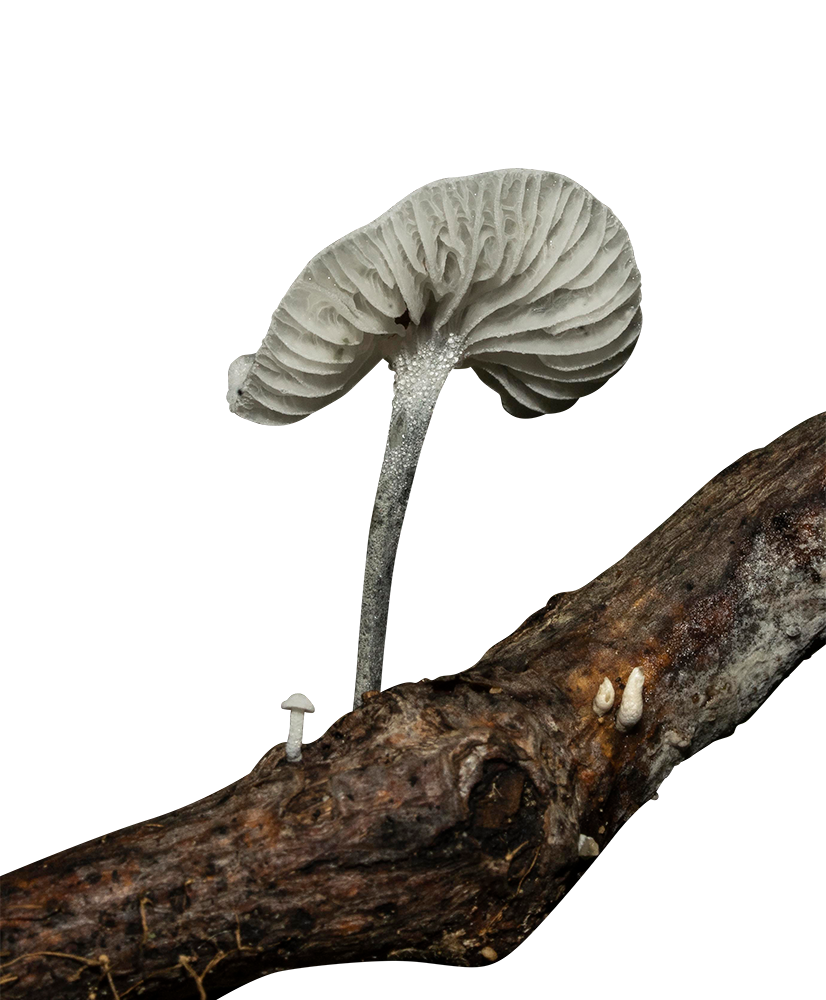 Dante DiPirro, President – Dante is a pro-environmental lawyer, with over thirty years of experience in sustainable energy and the environment.  As a Deputy Attorney General, Assistant State Environmental Prosecutor, Counselor and Legal Policy Adviser to the Commissioner of the NJDEP, and Executive Director of the Highlands Council, he enforced the state’s environmental laws (including wetlands, tidelands, pollution and solid waste) and handled regional planning and land use issues.

Marylou Ferrara, Vice President – A graduate of Rutgers University School of Law where she was a Marshall-Brennan Fellow. She is a former Mayor of Hopewell Township. During her tenure, the Township adopted a new Master Plan, which was based on natural resource and infrastructure capacity. Marylou serves as Chair of the Conservancy’s Advocacy and Citizen Action Committee.

Joanna Fiori, Secretary – A retired business analyst and system manager at Citibank and INVESCO. Joanna is a longtime member and former president of the Sourland Conservancy. She and her husband, Clem, are active in several community organizations including Montgomery Friends of Open Space and New Jersey Conservation Foundation. Joanna serves on the Conservancy’s Development, Sourland Spectacular, and Mountain Fest Committees.

Jim Andrews – An electrical engineer at SRI International. He designs imagers for satellites, telescopes, and scientific instruments. Some of these imagers are in satellites to be observing the sun and ones looking down at the earth able to make clear pictures of weather phenomena. Jim serves on the Sourland Alliance and is Co-chair of the Conservancy’s Sourland Spectacular Committee.

Michelle Baker – Michelle moved to Montgomery Township in 1984 and currently resides in Skillman with her husband, Nick. In April 2019, she founded Michelle Baker Design LLC, a boutique design agency specializing in branding and identity, print collateral, and packaging design. Over the past few years, she has become a member of the Montgomery Township Open Space Committee, is an Ambassador of the Princeton Mercer Regional Chamber, and serves on the Conservancy’s Spectacular and SoloFest/Mountain Fest Committees.

Josie Faass  – Josie is the Executive Director of the Robert Schalkenbach Foundation, Co-Director of the Center for Property Tax Reform, and Secretary and Treasurer for the American Journal of Economics and Sociology. Josie holds a Ph.D. in Urban Planning and Public Policy from Rutgers University’s Edward J. Bloustein School of Public Policy where she focused on environmental policy, as well as certificates in Municipal Finance and Value Capture from the University of Chicago and the University of Maryland, respectively.

Paul Gehris – Paul is a Marketing and Sales executive with over 30 years of experience and has held senior roles for various organizations with U.S., Europe and Global responsibilities.  He is an active hiker and has participated in and led numerous backwoods backpacking adventures. Paul and his wife live in Bucks County Pennsylvania and are frequent visitors to Ted Stiles Preserve at Baldpate Mountain, which has contributed to his interest in the success of the mission of the Sourlands Conservancy.

Steven Hall – Steven grew up in Mercer County and recently returned to the area. He has held roles in legal, financial services, and business operations. He currently works as a director of business operations for a mid-sized New Jersey-based real estate company as well as a small, local business consultant. Steven brings his past and present board experience from the Arc of Northern Virginia, FCKLL, and Bowman’s Wildflower Preserve, and his current advocacy work with the Cystic Fibrosis Foundation and Boomer Esiason Foundation with him to the conservancy. Steven has a passion for hiking and the outdoors which lend themselves to joining and helping on the board. As a long-time New Jersey resident he understands the need to preserve and protect the Sourlands.

Joe Kazimierczyk  – Joe has lived on the Sourland Mountain in Hillsborough Township since the year 2000.  He serves on the Sourland Stewardship Committee, and is actively working on a forest restoration in his own back yard.  Joe is an artist and gets much of his inspiration from the Sourland region.

Jim Linnehan– Jim is a Financial Advisor with Morgan Stanley and has lived in and around the Sourlands for 25 years.  He has served on the Board, and was Treasurer, of the Pennington Montessori school for 13 years.  Over the years, Jim has played the drums in numerous bands in the area and is currently in the Gravity Hill Band.  He serves on the Budget and Finance Committee.  He and his family have enjoyed hiking and protecting the Sourlands for many years and look forward to doing so for future generations.

Beverly Mills – The former Executive Director of the Drumthwacket Foundation in Princeton; former Administrator for the Trent House Association in Trenton; and currently Office Manager for the Presbyterian Church in Lawrenceville. Beverly serves as the Conservancy’s Engagement Committee Chair.

Jessica Paolini  –  Jessica is Division Head, Life Sciences & Food Innovation, Office of Business Engagement, Middlesex County. Jessica sits on the Board of Directors of the International Economic Development Council (IEDC), the largest professional association for economic developers worldwide. She received a MA in Political Science from Villanova University and earned BA degrees in Environmental Studies and Political Science at East Stroudsburg University. She is pursuing a Ph.D. in Planning and Public Policy at Rutgers University.

Julia Purtill – A resident of Hunterdon County and the Sourlands, is an active member of the Sourland Conservancy and has been exploring trails through the Sourlands for over ten years. Passionate about protecting wildlife and nature, she’s dedicated to enjoying, preserving, and caring for a healthy environment for future generations. Growing up involved with the beauty of the Colorado Rockies, she was an environmental activist in college, graduated with a BFA in both Art History and Printmaking, and made her way to New York City working as a “jack-of-all-trades”. She is currently working with and supporting local farmers in various capacities.

Alan Wills – Alan studied Zoology at Oxford University, UK. He came to the US to get an MBA at Harvard and decided to stay. He became a US citizen and has lived in the central NJ area for over 20 years. During that time he has worked as Global Head of Strategy and/or Business Development for both big and small pharmaceutical companies including Pfizer, Bristol-Myers Squibb, Auxilium, and CSL Behring. Alan and his wife Eva are passionate about supporting environmental causes and love birdwatching and hiking in the Sourlands. 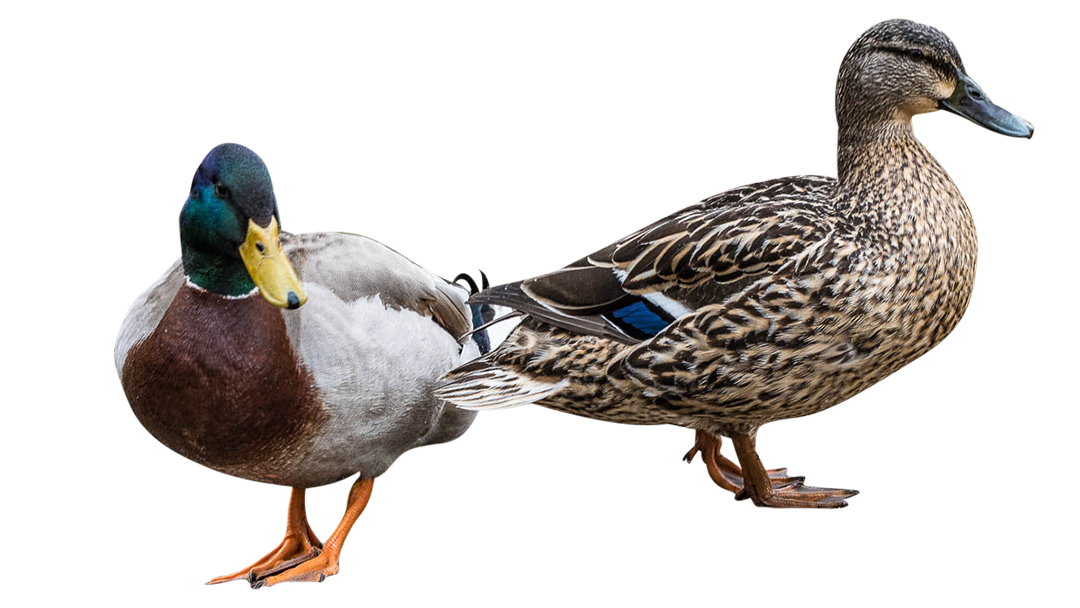 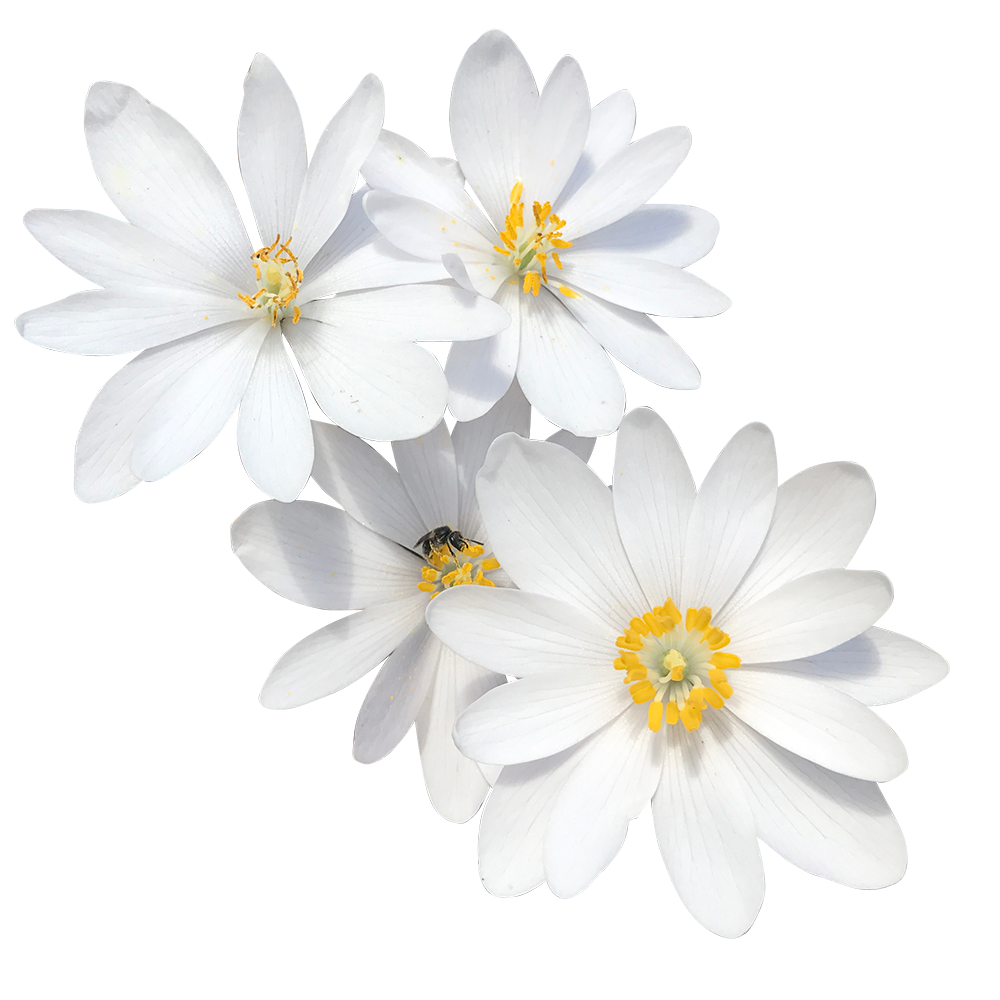