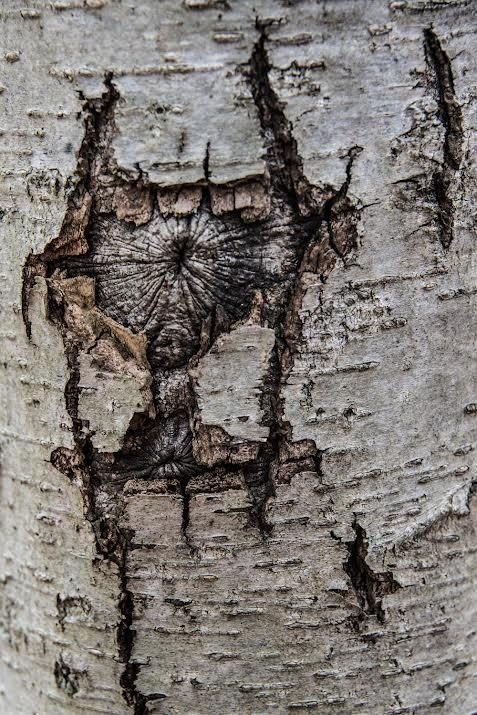 Black birch trees can live for over 350 years, but few of them do. If taller trees overtop them they die from insufficient light. About a hundred years ago many farm fields were abandoned in the Sourlands and black birch trees were among the first trees to take advantage of the untended areas. Now other trees have overtopped many of them and dead and dying black birches are common in the Sourlands.

My knowledge of the natural world was rudimentary until, at age 65, I took a job as director of stewardship for the D&R Greenway Land Trust. Shortly after I took that job a friend told me that someone had to know what plants were growing on the Greenway nature preserves and that somebody was me. I took that advice seriously. Whenever I found a class on nature, I took it. I went into the natural world several times a week and always brought a backpack stuffed with field guides to help me identify trees, shrubs and flowering plants. I read books about ecology and about the way that plants work. I found the Internet to be a terrific source of information if I knew what questions to ask. This kind of learning process inevitably resulted in great holes in my quest to become a naturalist. I am still trying to fill those holes, and as an example, I recently learned the ecological value of black birch trees. I also learned that black birch tree’s utility to people was so great that by the middle of the twentieth century black birches were nearly extirpated from the eastern forest.

Native Americans used black birches for medicines to cure many illnesses, and then the Europeans who colonized America and their descendants adopted many of those medical uses and found still more ways to use this tree. Black birch twigs and leaves were boiled to produce oil of wintergreen, which was used as an antiviral, antibacterial, anti-fungal, and antioxidant. The tree’s sap was tapped and made into what was once a popular alcoholic drink—birch beer.  By the mid-1950s oil of wintergreen and birch beer were made with synthetic chemicals, saving the black birches and allowing them to make a comeback in the forest. Today the main human use of this tree is for its lumber, which is hard and attractive and is popular for making furniture, flooring, and veneer. In fact, I have made some furniture from black birch wood.

Its re-emergence as a common tree allowed black birches to resume their important role in the ecology of the forest. A fire or a hurricane that kills canopy trees will open the canopy to more light, which dries the soil, deprives animals of habitat and food, and by changing the microclimate, makes it difficult for many forest plants to grow. Black birch trees are fast-growing and quickly fill gaps in forests. The virus that wiped out the American chestnut in the early twentieth century killed about twenty-five percent of the trees in the eastern forest, leaving great gaps in the canopy. Dutch Elm Disease, which by the 1970s had killed nearly all of the elm trees in America, also left gaps in the canopy. Black birch trees were important in closing those canopy gaps. Today, new gaps are opening because of the death of ash trees from the emerald ash borer.  This is a terrible disaster for the Sourlands forest, but black birches will be important in filling these new gaps.

One reason why black birches have been so successful at growing in forest gaps is that they are distasteful to white-tailed deer who eat the seedlings of most other trees before they can reach the canopy. Perhaps the deer just don’t like the taste of wintergreen. (I have been told that deer are like adolescents, they don’t like highly spiced food. I don’t really know if that is true but my observation is that mature spicebushes, also highly spiced, are usually safe from deer browse.) Moth and butterfly caterpillars, however, have no problem with the wintergreen taste. Birches are one of the most popular trees for these insects that are essential food for songbirds.

We are all accustomed to primarily relying on our sense of sight to distinguish one tree from another. Sometimes we use the sense of touch as well. I seldom resist an opportunity to touch the smooth bark of a beech tree, and I keep trying to convince myself that by touching (or even hugging) a giant tree I can feel or even obtain a little of its karma. But to fully appreciate black birch trees I have to scratch a twig and smell its wintergreen aroma and chew on a twig to taste that same flavor.